Blog #2: There should be no “post-Corona”

The Corona pandemic has disrupted humanitarian aid overnight. At the same time, old difficulties remain. After and during Corona, it will become clearer than ever what levels of inequality can be allowed, both nationally and globally. And how deadly this inequality is. 2020 will forever remain a reference for what is possible with the right political will.

Humanitarian considerations that were valid yesterday are null and void under present conditions. Planned aid projects are being cancelled. Activities already taking place must be reorganised or stopped. The dangers of the virus push the primary reasons for aid into the background. Dr Michael Ryan, Executive Director of the Health Emergency Programme of the World Health Organization (WHO), therefore calls for decisive and uncompromising action: “Be fast, have no regrets. You must be the first mover. The virus will always get you if you don’t move quickly.” Caritas international has never received so many requests for help from all over the world at the same time. Rapid action seems to be the imperative of the hour. The pandemic is enforcing new priorities under great time pressure, causing dilemmas for humanitarian actors. And even more so for the people who are currently receiving no aid.

The necessary focus on Corona has bitter consequences. Already existing emergencies and crises have almost completely disappeared from the radar. Already at the beginning of the Corona crisis, over a hundred million people were dependent on humanitarian aid. 71 million displaced persons are on the run worldwide. The level of hunger – which had been diminishing for many years – started rising again. More than two billion people have no access to clean drinking water. Droughts and floods are occurring with greater frequency and intensity due to the climate change. Instead of preparing people for natural disasters, 80% of the ever-increasing demands for humanitarian aid must reduce suffering in wars and conflicts. In contrast, the funding gap is constantly widening. In 2017, a total of USD 23.6 billion were estimated, but USD 9.2 billion were missing. In 2019, the humanitarian demands rose to 29.7 billion US dollars, and the gap to 13.7 billion US dollars. The largest donor countries have reduced ODA resources in relation to their gross national income (GNI). Now they are also facing debts as they must cope with the healthcare and economic consequences of Corona at home. According to German Chancellor Angela Merkel and UN Secretary-General Antonio Guterres, humanity is currently facing its greatest challenge since the Second World War. In view of existing and past emergencies, can this be weighed with certainty? Think, for example, of the immeasurable suffering to which, according to estimates, more than 2 million people succumbed in the killing fields of the almost four-year-long reign of terror of the Khmer Rouge. Or the suffering by millions of people due to the ongoing series of wars in the central region of Africa since the genocide in Rwanda in 1994. The greatest challenge facing humanity is the humanity itself.

Considerations and prioritisation in humanitarian aid are not new. Inequalities in the distribution of financial resources and political or media awareness are a reality. In the worst case, the decision as to who is helped and where the help is provided means that this help simply cannot be provided elsewhere. This results in “forgotten crises”. While the Global Humanitarian Response Plan (GHRP) for COVID-19, launched in March, was 44% full within one month with around $879 million, since the beginning of this year the aid plans for 36 individual countries outside the Corona thematic have only been covered to a total of 12%. The GHRP – estimated at $7.3 billion since May – was set up to prevent other crises from draining the funds. No issue should be sacrificed to others. But that is exactly what happens implicitly. After the pandemic, governments will be asked what they have done. Their answer decides on international validity. The contributions into the “Corona pot” show what is possible with political will. In addition to urgency and necessity, the outlook for political dividends counts. In times of crisis, positions are created. This seemingly never-ending dilemma is, as Albert Camus said, a never-ending defeat. In view of the existing possibilities, it should not come to that: in 2019, 1,917 trillion US dollars were spent on armaments worldwide. What else could be done with an average of 218 million US dollars per hour? On the question of priority, we are the “developing countries”.

The shifts in standards and the new rules of the game always result in losers. For example, vaccine deliveries through cancelled charter flights have fallen by up to 80%. Almost 120 million children could not be vaccinated against measles because of the Corona measures. Last year alone, up to 6,000 children died of it in the Democratic Republic of Congo. For local people, interventions against a single virus are difficult to legitimize, while at the same time people die from untreated diseases such as measles, meningitis, polio, or diarrhoea. Already at the beginning of the year, up to four million deaths were feared from HIV, malaria, tuberculosis, hepatitis, and neglected tropical diseases. Corona has so far been the priority of the Western world. Thus, an EU donor conference can quickly raise at least 7.5 billion euros for the Corona vaccine.  The question of relevance always arises on the ground. This is one of the reasons why the Congolese population was very resentful during the Ebola outbreak in 2018, which was ultimately directed against international organisations.

Suffering cannot be outweighed, because “all tears are salty”, as Janusz Korczak said. But it is to be feared that the negative consequences of the prescribed measures will end up producing more suffering than the virus itself.  Billions of people who work in the informal sector are primarily affected. Half of the world’s working population works on a daily wage. In India, as many as 90%. There are no contracts, insurances and reserves, nor are there any government financial aid packages. Countless family members live from hand to mouth. In Germany and other European countries, shops were closed for several weeks. Fashion chains terminated contracts with textile suppliers in order to limit financial damage. Textile production is the key industry of Bangladesh. The income of many people is barely enough to live on in any case. Global poverty could rise for the first time since 1990. The notorious 1.90 US dollars per day, otherwise the lower poverty line and an expression of harsh reality, could temporarily become an unattainable resource. The world is becoming poorer primarily in places where people are already far too poor financially anyway. Development Minister Müller warns of a “hunger pandemic”. During the Ebola epidemic in 2014, 40% of the arable land in Sierra Leone, Guinea, and Liberia was not cultivated due to the effects of the measures. This initially affected small farmers. Then food prices on the market rose. Something similar could now happen again on a global scale. The concrete problem of hunger is being carried home. In East Africa, swarms of locusts are also destroying the harvest of the coming months and the feed for livestock, often the main livelihood of the people.  Malnourished or undernourished children are risk groups for all kinds of infectious diseases. However, there will be no statistics for these cases. And even if there will be any, who will notice them? The measures to contain the virus correlate with the issue of food security. It needs to be integrated urgently into all plans and guidelines regarding Corona.

The key term is context. Measures must not be understood universally and transferred categorically. What works here is utopian elsewhere. Around 1.2 billion people – about 15% of the world’s population, or almost one in six – live in informal, densely populated settlements. Several households are housed in tiny apartments, which makes social distancing practically impossible. In Dharavi, Mumbai’s largest slum, at least 700,000 people live in two and a half square kilometres. The demand for hand hygiene becomes a mere platitude here. Should implies can. That is the imperative of this pandemic!

From this point of view, humanitarian aid must come to terms with regional, country-specific, and local requirements. In other words, Corona measures must be designed more locally and accountable. The question of whether and how planned or existing activities should be stopped, postponed, or reprogrammed must be answered locally. It may sound unrealistic for us to give away the basis for decision-making, but there are actors who know better what support is needed on the ground, who benefits from it, and how the aid should be structured. In many cases, neighbourhood help and own aid initiatives already exist. Just think of the 1 US Dollar Corona test kit in Senegal. Relevance and context are questions about the priorities and possibilities for action of the people affected. This must be accompanied by a “right of protest”, which allows people to reject aid projects without having to fear disadvantages. The situation is dynamic. Aid projects can also grow organically. This requires more flexibility in all phases. We must constantly ask ourselves how our assumptions came about. And yes, revise, correct, and emancipate. Humanitarian aid is not just a service, but first and foremost, a social interaction.

Again, and again, the question arises: what could be different post-Corona? There must be no “post-Corona” because the pandemic should forever remain a reference for what is possible with the appropriate political will: That tomorrow the world will not allow the same level of inequality as today. 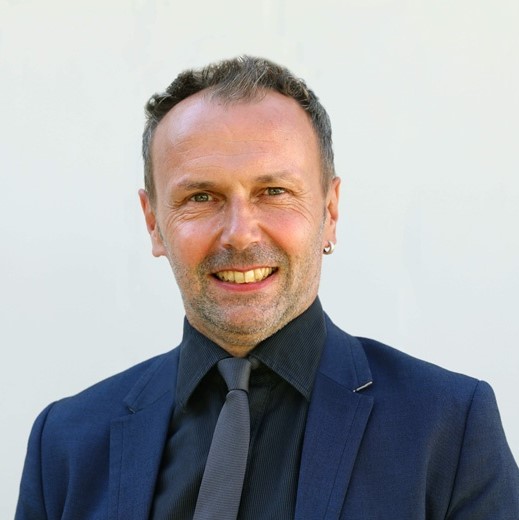 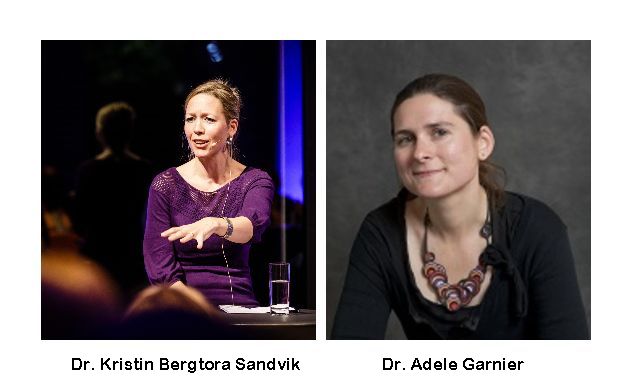