As a frontline humanitarian practitioner, the rudiments of my work are to bridge global humanitarian policy and local humanitarian operations, transforming plans and aspirations into action and action into plans. Opportunities to influence change at policy level from the bottom up is not only crucial but important if, for example, the Sustainable Development Goals (SDGs) are to be achieved. There are rare opportunities though, to contribute the implementation perspective into relevant global policy discussions.

My goal, both long and short term, has always been to influence development policies and humanitarian action from the bottom. However, I and those who have decided to take this route will testify that it is not an easy and rosy trajectory but an almost insurmountable task. To convince and be accepted at the national – not to say the global – decision making level is a frustrating and exasperating expedition not for the faint hearted while at the same time it seems given and obvious that excellent strategic project implementation and thinking brings new dimensions of depth and experience in putting theory into practice.

While working in the harsh contexts in South Sudan, I have navigated global policies, applied new initiatives, and formulated innovations at implementation level that have contributed to change of the face of food security programing in South Sudan. The following is my account as a humanitarian practitioner at local operational level trying to contribute to global humanitarian policy and research from Global South.

The idea: Planting rice instead of sorghum

With this in mind, a solution that embedded both cultural and an ecological determinism approach would be ideal. Climate change, in this case flash floods in South Sudan, can be perceived as a cause and effect of human interaction with the environment. The same interaction can be altered, improvised and influenced to be key in providing the solution, too. Unless communities adopt and adapt innovative means of food production that can manipulate these calamities in a positive way, so that they are turned into opportunities, the fight against food insecurity will be far from ending, particularly in South Sudan, and achieving the Zero Hunger will remain an elusive aim and human development stagnant.

In this context, reintroducing rice farming instead of continuing to support farmers with humanitarian-development livelihood programs concentrating on the less climate shock resilient traditional sorghum was an obvious choice for me at the operational level. South Sudan could not only easily use and adopt upland rice farming due to the vagaries of climate change (flash floods, dry spells and high temperatures). Rice agriculture had also already been practiced by some South Sudanese communities before. These circumstances met perfectly well with the Future Smart Food concept which entails rediscovering treasures of neglected and underutilized species for Zero Hunger. Still, introducing this change of agricultural programming sounded like a revolutionary – and hence risky – innovation to donors and my colleagues and supervisors at regional and national level. They embraced my outside-the-box thinking but were more than hesitant in putting this new idea into practice. Hence, I chose to take another approach: Making it work at the grassroot level at my own personal costs and risks, before coming back to the national and supervisory level.

Making it work at the grassroots level

However, like most adoptive agricultural innovations, uptake by the community had not been automatic as well. Firstly, unlike in other Future Smart Foods (FSF) baskets existing for South Sudan, rice farming knowledge and its appreciation in the area where I was working were simply non-existent anymore. To make things worse, rice planting was met with skepticism in the village. Doubt and conspiracy theories were flourishing, some of which would not only create suspicion and despondency but would cause damage with far reaching effects that ultimately negated the rice planting, the aggregate harvest, and potentially also the reputation of my organization. Confronted by this, I eventually understood where the hesitancy of my higher management came from.

However, I decided to still move on. To address the reservations of the communities, I turned to contemporary studies in innovation (diffusion approaches) which place profitability of the venture as a significant factor affecting the aggregate adoption of the same innovation: To begin with, indeed, smallholder farmers in one community had scant or insufficient information about rice planting. Based on this, there was always a temptation to revert to the traditional sorghum and ground nuts crops by farmers as an easy risk aversion strategy on one hand. The prospects of rice plantation during our engagement meetings generated anxiety and doubt but also excitement. The meetings were generally centering on climate change mitigation and adaptation, and especially on coping with floods. The proposition to plant rice as a flood tolerant crop came up and was met with interest. Planting rice in the flood prone community would mean that despite the harsh conditions prevailing in this part of South Sudan, the community would still manage to reduce hunger gap by maintaining a significant amount rice output and diversify food. At the same time, the introduction would imply a range of changes in the normal farming season of this agro-pastoralist community as well as alterations in farm water management systems including the use of a constructed flood control dyke. Weighing the cost and benefits, a group of forty (40) community members finally decided to pioneer rice planting. After engaging in a series of meetings, they suggested to use a flood prone and abandoned waterlogged piece of land. Each got a 10m2 piece. Immediately, land preparation and planting followed. Harvesting showed that the innovation was a big success.

The harvest proved: The innovation increased productivity while better managing the natural resources. As I communicated the success, I got showered with applause, so overwhelming was the acceptance and uptake by the donor and my organization. The innovation received great reviews from partners and contributed to presentations at global Food Security and Livelihoods Cluster and South Sudan FSL Cluster in 2021 as an innovation to counter flood induced drought in South Sudan. Perceiving that South Sudan hosts the largest swamp in the world, the Sudd, a long term viability could be fostered based on the upland rice production initiative. Rice production in South Sudan flooding areas may eventually put a dent on the negative environmental impact on food production while stimulating food security.

In food production, in fact there is a symbiotic link between and among the means of production and culture (including tools and technology) which largely influence the uptake of agricultural innovation. Rice farming innovation (cropping adaptation and or crop genetic) altering the timing and location of cropping activities; spreading activities over different fields and terrains; early maturing seed varieties of sorghum or intercropping and modifying inputs and tools is hence often met with cynicism. Innovations in agriculture in South Sudan and elsewhere do hence not have to focus on food needs only. It is equally important to understand their spillover effects, upstream or downstream particularly where the innovation overlaps the cultural jurisdiction.

Such externalities are key in the uptake or rejection of an innovation in the local communities, especially the type of innovation that spreads outside the donor funding and organizational appropriate benefits. The pro risk or problems are mostly likely to be severe if the innovation fails. Hence, they are mostly met with hesitance by organisations and donors.

I very well understand the donor and organization management dilemma in adopting project alterations. There are some stubborn challenges involved. The joy that comes with a breakthrough or breaking new ground that changes the course and direction of programming outweighs the risk though. The quagmire is not because donors and organizations are not committed to finding the best solution to meet food security demands of the populations. In fact, most donors constantly are selecting and supporting such strategies and policies with deep commitment. The conditions for alterations or the implementation innovations is, however, that they just have to be successful. Failure is not allowed. The mere risk of failure is too much.

This is what we as frontline operational humanitarian workers struggle with: The risks that come with the innovations that we bring from the ground are individualized – imposed on us as individuals. Successes, on the other hand, are quickly socialized. Innovations thus become a big carrier risk for operational humanitarians. During all that time of piloting the rice farming, I always asked myself: What happens if it fails…?

Sharing these experiences, I hope it inspires decision makers at the national and global level, be it operational or policy leaders, to support their experts on the ground with more risk sharing so that me and my colleagues do not need to gamble with our careers for necessary innovation anymore. It takes courage to innovate. Let it not be the sole courage of individuals. Be courageous with us!

Jacob Mbudzi is a humanitarian practitioner in South Sudan with 13 years assisting communities in distress to recover and build resilience. Specializing in Food Security and Livelihoods, as they interlink with climate change, Jacob uses that experience to transform humanitarian and development plans into actions. 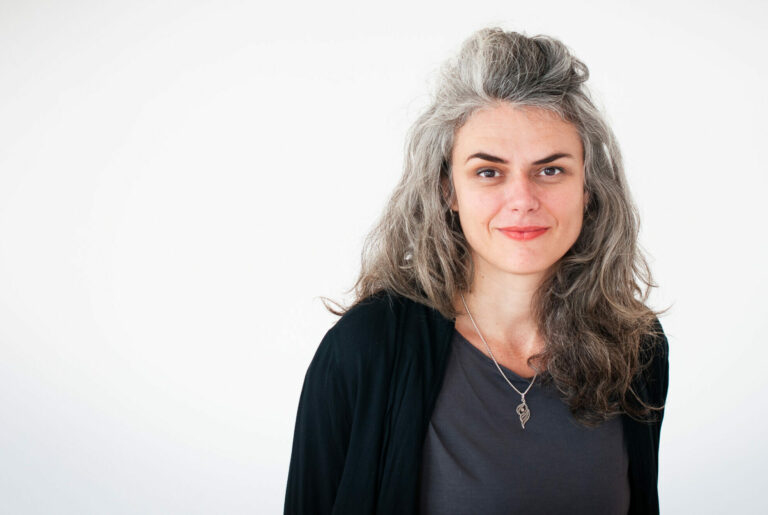 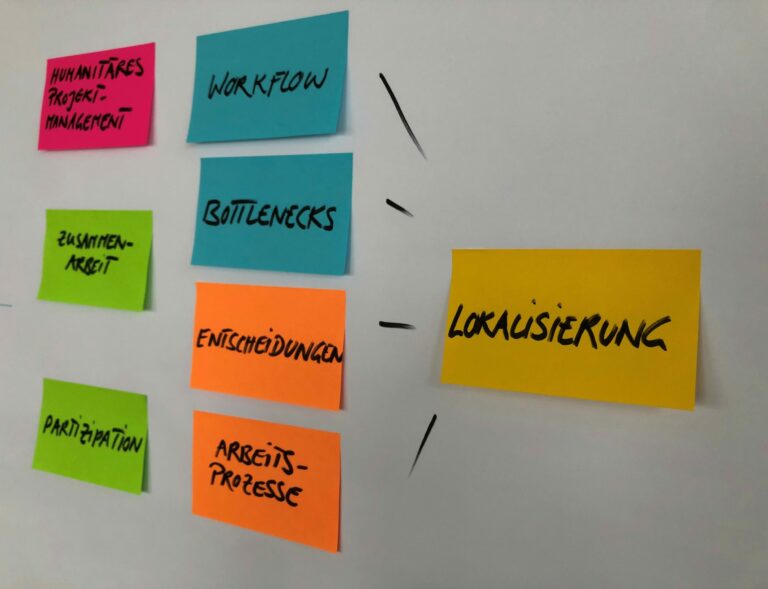 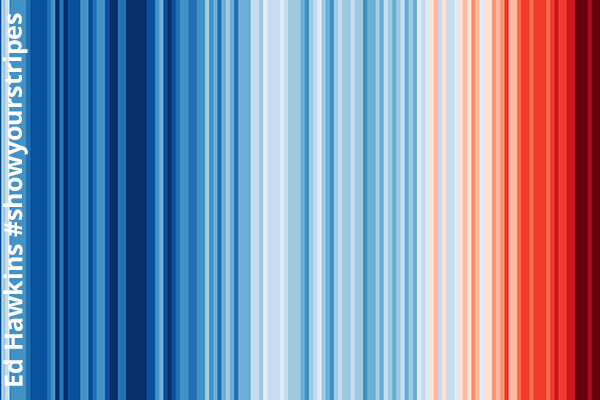