Change we can believe in?

What can the humanitarian community expect from the Biden administration?

In the first few weeks of the Biden administration, there has already been several positive signs of a shift in Washington in relation to humanitarian issues. Since entering office, President Biden has dramatically raised the cap on refugees allowed into the United States above the number allowed in during the Obama administration, named Samantha Power – former U.S. ambassador to the United Nations who has not shied away from humanitarian issues in the past – to head USAID, and rescinded the ban on U.S. foreign aid being used for abortion or abortion advocacy. Further achievements, or rather returns to the status ante Trump-um, include a normalisation of relations with the Palestinian Authority and a return to membership in the World Health Organisation. The development which is arguably most important for those affected directly by the crisis is Biden’s decision to take a step back from Saudi Arabia’s military campaign in Yemen and change Ansar Allah’s terrorist designation after weighing the concern of aid organisations. It is clear that, for the humanitarian community, the Biden administration will be a better friend than the Trump administration was over the past four years.

But, to utilise a cliché, all that glitters is not gold. President Biden is still leading a divided country, where nearly half of the population has bought into the idea of “America First”. President Biden has promised to be a president for those who did not vote for him, as well as those that did – raising questions about his willingness to radically challenge the undercurrent of isolationism that seems to be strong amongst many in the U.S. By invoking the Defence Production Act, President Biden has ensured that U.S. industry will be mobilised to support the COVID-19 vaccination campaign. However, this same act was invoked by President Trump only months ago to limit the export of crucial medical equipment. The proliferation of the COVID vaccine, or rather lack thereof,  has already made painfully clear the lack of global solidarity in attempting to combat the pandemic. While the new administration has paid lip service to increased U.S. support for COVAX, concrete steps are either missing or being actively undermined by the administration‘s prioritisation of vaccination at home above getting crucial doses to low income countries and those at greater risk. Likewise, increasing the cap on refugees to 125,000 annually, while moving in the right direction, is likely to do little more than make a dent in the record number of displaced people around the World.  Similarly, stating that the administration will “review” sanctions against International Criminal Court judges, still hints at a hesitancy to engage in any real substantive change in U.S. positions toward the court. While President Biden has reversed course on U.S. troop removals from Germany, questions still remain about what he will do with troops in Somalia, Iraq, and Afghanistan, as violence in the latter country increases despite ongoing peace talks. It is hard to know if or whether continued US interventionism or isolationism will bring further stability or violence, however it is crucial for the new administration to weigh the humanitarian considerations alongside the domestic or foreign policy goals which are currently being weighed. One of President Biden’s most prominent campaign promises, U.S. re-entry into the Paris Climate Agreement, is an excellent first step, but may not go far enough. As cited by UNHCR, climate crises are already a major contributor to displacement. Estimates that climate related disaster could affect up to 200 million people by 2050 means that the humanitarian impact of climate change is likely to be felt more and more throughout Biden’s term in office meaning there is just as much a need to emphasise aiding those impacted by climate change alongside reducing US contributions to climate change.

All things considered, the humanitarian community should follow the approach of progressive Democrats. While the left may have much preferred a Sanders or Warren administration, many have placed their hopes in the ability of progressive politicians both inside and outside of the administration to have their voice heard and influence policy-making. Criticisms of President Biden’s age seem to miss his ability to change and adapt his positions. With this in mind, the humanitarian community should aim to push the U.S. to, as the man in the White House himself would say, “build back better”. The Biden administration has made clear its desire to “re-establish U.S. global moral leadership” by example. While taking such a moralistic stance, particularly by pre-supposing that a US moral leadership ever existed, comes with its own risks, it may hint at a less realist US foreign policy. However, such a shift could mean a willingness to address issues around political will that get at the root causes of humanitarian crises.

There is ample room for cautious optimism with the Biden administration, particularly the ability of civil society to push for changes in long-standing policies such as the conflict in Yemen. Perhaps,  for a start, U.S. institutions, weakened by exits and scandal and poor leadership under the Trump administration, can be built back better, in terms of their willingness to address humanitarian crises in a principled way, than before – but it will be on a number of actors to maintain pressure for this to happen. 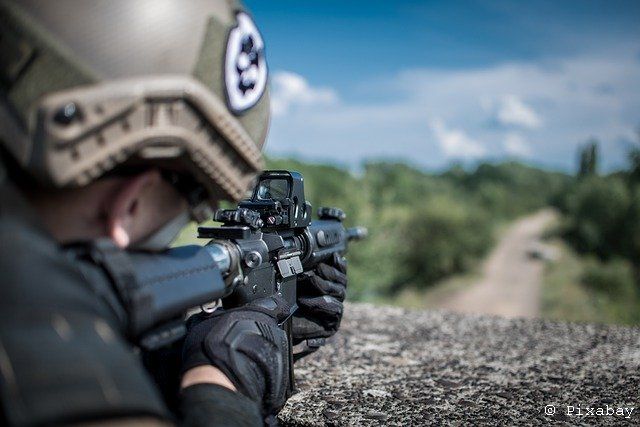 Based on need alone?