Change in the humanitarian system due to the Corona pandemic?

In order to respond to the increased needs caused by the Corona pandemic, international humanitarian actors should promote localisation by handing over responsibility to local actors, strengthen networks and reflect humanitarian principles. The German government, as a key humanitarian donor, should advocate for a systemic change.

From a humanitarian perspective, 2020 was one thing above all: a desperate attempt to keep the modest achievements of decades of work from slipping away like sand between one’s fingers. Along with conflict and climate change, COVID-19 was the biggest challenge of 2020. Mark Lowcock, head of the UN Office for the Coordination of Humanitarian Affairs (OCHA) made clear in December 2020 that the secondary effects of the pandemic – such as rising food prices, lowered incomes, suspended vaccination programs, and school closures – had cemented the unequal distribution of resources and power. Hunger again became an all-encompassing humanitarian issue, as did extreme poverty, which will affect 736 million people worldwide in 2021. The Corona pandemic has led to a significant increase in humanitarian needs: there are currently 235 million people in need of humanitarian aid, which is an increase of 40 percent from the same date in 2020.

International humanitarian organisations, specialised and professionalised in supporting unstable systems in the event of a disaster, especially in the so-called “Global South”, at the beginning of the pandemic helped continental European hospitals, health systems, and individuals in need of care. Did anyone consider calling Doctors Without Borders in France a local NGO for supporting Parisian hospitals with its expertise in setting up infection locks?

No, since humanitarian aid in the minds of many always works in only one direction, downward, in terms of geography, ascribed status, and social class. COVID-19 has turned the world upside down a bit. However, in the spring of 2020, only 0.1% of international funding to fight the pandemic went directly to national and local organisations in the Global South, even though they inevitably had better access, were in many cases better positioned overall, and could respond more adaptively to the volatile situation.

The German government, as a major player in the international system, should use the Corona pandemic as an opportunity to change its perspective in 2021. Specifically, it should decisively reform its humanitarian assistance in the areas of localisation, networks, and humanitarian principles.

Driving localisation – but not just on an occasional basis

It seems obvious that if foreign humanitarian experts are restricted in their usual mobility, local structures must be strengthened. Localisation means redistribution of decision-making power, resources, and thus power. It must not be mere rhetoric, exclusively occasion-bound or a vehicle for system stabilisation. Instead, both the motive and the path are critical to the success of localising humanitarian assistance.

In concrete terms, this means that the German government should not regard localisation as a mere exercise of seeking partnerships. The way is paved; Germany is largely meeting the obligations of donor contributions on localisation as agreed in the Grand Bargain, the 2016 reform document between the largest humanitarian donors and NGOs. ToGETHER, the Federal Foreign Office’s pilot localisation project, which includes four German organisations with 40 local and national partner organisations in eight countries, is another step. However, localisation also means not only involving local organisations in planning and decision-making processes from the outset, as the Guidelines on Crisis Prevention, Conflict Resolution and Peacebuilding state in relation to transition assistance, but also putting the locals, their actions, and their expertise at the forefront of all processes.

Ben Ramalingam of the OECD recently used a good metaphor of humanitarian aid as a shared car ride. The dominant actors are accustomed to sitting behind the wheel. They are currently considering switching to the passenger seat as driving instructors. But perhaps on some routes, they have actually been sitting in the back seat for a long time, humming loudly while others are driving. According to Ramalingam, it would be better for everyone to stop for a moment and to consider alternatives together.

Such a change is imminent as well as furthered by the pandemic. Those who have been in the driver’s seat so far – and this explicitly includes German humanitarian and peace actors – must now decide whether they want to be accelerators, brakes, or noise imitators in this process.

Putting networks at the centre

The network idea, which seeks to distribute decision-making power and options for action among numerous different humanitarian actors, is the right way to go. However, network humanitarianism must not be satisfied with simply creating more networks. The network must be the centre of action, go beyond the ends in themselves, and create real alternatives that would be, for example, related to the organisational structures of the so-called international community. These organisational forms often differ significantly from their local self-organisation in their frameworks and semantics. Even if they are not formally excluded, local organisations often have neither the time nor the means and actual access to participate in the corresponding network meetings, cluster meetings, and steering rounds.

Identifying dilemmas of humanitarian principles for all

Linking structures and attitudes to strengthen the participation of local actors

Questioning yourself, making room, and stepping aside. In concrete terms, this means that at first, it will probably be uncomfortable. Real change must be uncomfortable for those who have been very comfortable in their position. It also means engaging as humanitarian actors in a kind of fundamental insecurity that much of the world has faced long before COVID-19. It means not only changing structures but also adopting a different attitude.

As with the discussion on gender equality, both are needed here: both a turnaround in inner attitudes and structural measures, for instance, committee quotas and training at all hierarchical levels. Structure and attitude must be intertwined and mutually beneficial. Admittedly, this is not the easiest exercise. At the Centre for Humanitarian Action (CHA), too, we have so far fallen short of our own expectations in terms of team membership, events, authorship, and topics.

The fact that “business as usual” will not work after the pandemic was already apparent before COVID-19. The connection between climate change and the mobility of goods and people required for standard humanitarian procedures was already critically discussed in 2019. COVID-19 is also taking a toll on humanitarians, as the funding of many organisations will not be renewed. Oxfam, for example, has closed projects in 18 countries and laid off 1,500 people.

The call for humility and modesty is often heard in recent humanitarian debates. True, but this must not be a reason for inaction. What is needed is a sincere willingness to face up to uncomfortable questions and find alternatives. Germany has a special role to play here. From many sides, Germany is being called upon to take a more energetic stand in the world. Germany’s hesitation is justified and can be explained by historical guilt and responsibility. However, honest change also involves admitting that Germany has long played a central role anyway, even if it is not waving the flag in the foreground. The German government, as the second-largest humanitarian donor, should initiate a change of mind in its efforts to secure peace under the impression of massive humanitarian emergencies in the world, both with regard to its own attitude and to the structures it wants to help create. Be honest, act honestly, and step aside where possible.

Andrea Steinke is a research fellow at the Centre for Humanitarian Action (CHA). Her research interests include anthropology of humanitarianism, localisation of humanitarian action, dynamics of securitisation and the afterlives of interventions.

This blog post was first published in German on GPPi’s PeaceLab blog on 13 January 2021. 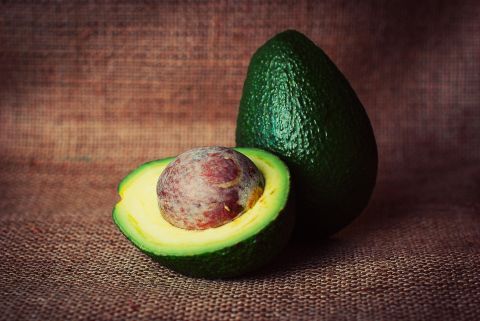 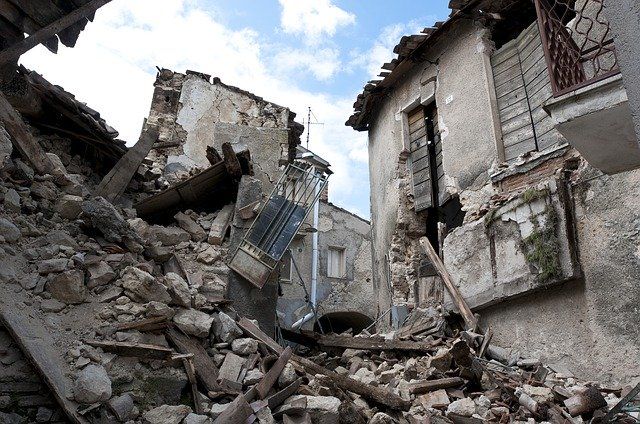