Hunger as a weapon: joint webinar by Welthungerhilfe and CHA

The systematic use of hunger in armed conflicts is increasingly used as a method of warfare. Tactics of starvation are not only directed against the civilian population, but also affect humanitarian aid workers who are often denied access to people in need. Only recently have relevant developments taken place regarding the framework of international law. Germany in particular – as the world’s second largest humanitarian donor, and with its current representation in the UN Security Council, the UN Human Rights Council, and its forthcoming presidency of the EU Council – has a decisive role to play in this context.

On 19 June, 2020, the Centre for Humanitarian Action (CHA) and Welthungerhilfe invited to a joint webinar called: ‘Starvation crimes – Hunger as a weapon in conflict’. The aim of the event was to highlight the operational implications of starvation tactics for aid agencies, discuss the new legal framework as well as highlight Germany’s role as advocate. About 70 people attended the online event.

Catriona Murdoch, Partner at Global Rights Compliance, opened the webinar with the presentation of the international legal framework. According to her, UN Security Council Resolution 2417 (2018) and the recently adopted amendment to the Rome Statute of the International Criminal Court (2019) give hope for a new momentum for strengthening the international legal framework. UN Resolution 2417 condemns the use of hunger as a weapon of war and the deliberate blocking of access for humanitarian aid organisations. The amendment to the Rome Statute now allows the prosecution of starvation as a war crime.

For 1.3 million people in Mali serious food insecurity is a major concern. Ute Kollies, Director of UN-OCHA Mali, criticised the one-sided focus on security and terrorism issues in Mali and the Sahel region by the EU donors. Her plea: “The focus must be directed to food insecurity and lack of access to basic security, to the causes of the Malian crisis.”

Bucay Deng, Country Director of Welthungerhilfe in the South Sudan Country Office, used the example of the current conflict situation in South Sudan to illustrate that humanitarian aid does not solve political problems. However, she underlined that it was important to push for and demand international law. Accountability is of paramount importance here.

The webinar was based on the Compass 2020 published in March by Welthungerhilfe and terre des hommes, which takes a critical look at German development policy. In addition to the critical evaluation of German development cooperation expenditure (ODA data), this year’s main topic is hunger as a weapon of war.

An English summary of a partial report of the Compass 2020 on starvation will be published shortly. Further information can be found on the CHA website.

As a follow-up to the webinar, the Centre for Humanitarian Action (CHA) and Welthungerhilfe will discuss starvation crimes with representatives of European donor countries in autumn 2020. Further information will follow shortly on the CHA website.

Save the Date: CHA Conference on the Triple Nexus, October 2020 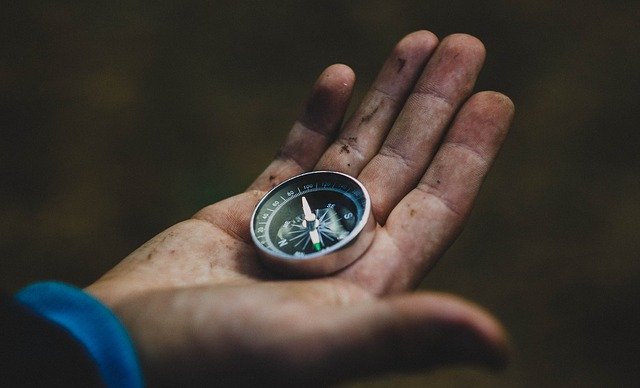