Complex protracted crises require new solutions, leading to approaches such as the Nexus between humanitarian aid, development cooperation, and peace(building) efforts. The humanitarian-development-peace Nexus (also known as the “triple Nexus”) and its potential to deal with the current crisis environment have recently become a much-debated issue, encouraging MSF and CHA to host a roundtable discussion on the “Nexus in Practice”. Under Chatham House Rule, 20 representatives from humanitarian, development cooperation, and peacebuilding NGOs as well as academia discussed different nexus field experiences.  The event took place on 12th of June 2019 in Berlin and built upon a similar nexus roundtable discussion on 7th of May in London.

The main objective of the “Nexus in Practice” roundtable was for implementing organisation to share their experiences in implementing Triple Nexus projects. Additionally, the roundtable served as a kick-off of a more extensive Nexus research project undertaken by the CHA, to identify relevant Nexus-related questions and knowledge gaps.

To better understand how the Triple Nexus works in practice, a SWOT (strengths, weaknesses, opportunities, and threats) analysis served as a common framework for the discussion. The analysis drew on four cases presented in the first part of the roundtable – Nexus in the Lake Chad Region, in Nigeria, in Somalia, and in the DRC – as well as on the open discussion which followed the presentations.

One of the main strengths of the humanitarian-development-peace Nexus lies in its ability to help break out of the silos by encouraging a more comprehensive analysis. This could result in an improved local coordination – especially in the contexts characterized by different needs and requirements arising simultaneously. A useful tool in this context could be the so-called “crisis modifiers”, which, if needed, enable a rapid transition of development programmes into relief aid provision, and thus increase implementation flexibility. For humanitarian action this means a more rapid response capacity.

Triple Nexus programmes are very complex, which evoke a vast array of challenges regarding staff competencies as well as project monitoring, coordination, and evaluation capacities. Relevant experience is still lacking in most of the aforementioned areas, and the actors have yet to find a common language.

Additionally, there are several conflicts of interest between humanitarian, development, and peace/security actors leading to undefined leadership and unclarity regarding the decision-making prerogative in a crisis. Government and/or UN proximity in Nexus operations in conflict settings may also lead to a politization of aid, as well as to a loss of neutrality.

During the roundtable, the role of the peace actors was identified as the most unclear one among the three Nexus pillars (see “Open Questions”). Peace actors that engage in civilian conflict management underlined the conceptual differences between the so-called security logic and the logic of peace, which often lead to these actors questioning which logic is internalized by the Nexus. It also remains unclear who is to define the “peace component” (local vs. government’s peace) and how it should be operationalized. A blending with political motives is another risk as the Haiti UN peacekeeping mission shows. There has been a paradigm change regarding the orientation of UN Blue Helmet operation: The mission in Haiti initially had a peace-orientation, while in the course of the mandate stabilisation became the main aim with evident objectives to contain migration.

The Nexus approach encourages a shift from a system- to a people-centred approach. At the same time, different actors working together can lead to a more transparent and honest debate with respect to their room for manoeuvre in crisis settings.

Instead of repeatedly undertaking the same relief projects, by connecting humanitarian action with development cooperation and peacebuilding, the Nexus opens up a possibility of substantially strengthening humanitarian aid as well as making its outcomes more sustainable. Additionally, Nexus projects might increase the flexibility of donor budgets and of the deployment of funds. This could happen if, for example, humanitarian donors funded separate (humanitarian) parts of comprehensive programmes. In this context it was reported that DFID allows to distribute a programme budget according to its objectives rather than according to a detailed logframe.

The politization and instrumentalization of humanitarian action are perceived as the major nexus-related risks. The loss of neutrality might reduce humanitarian access or limit it to the government-controlled areas. This increases the risk of Nexus projects becoming a “transmission belt” for governments to convey their ambiguous narratives.

At the same time, other participants were open about the access opportunities in certain project regions not being negatively affected by the Nexus, since in some contexts access was impossible from the start. However, the perception and acceptance of humanitarian actors in some regions remains at risk because of the Nexus. In addition to restricted relief provision opportunities, losing neutrality in the eyes of the local actors might negatively affect the security of aid workers in crisis settings.

It should also be noted that flexibilization of donor budgets may also have negative effects for humanitarian aid. This could happen if the already scarce recourses are reallocated to other sectors/areas, leading to a decrease in humanitarian funding.

“Everybody wants Nexus, yet no one wants to change anything.”

The minutes of the roundtable are available as PDF as well.

Roundtable: The Triple Nexus in Practice 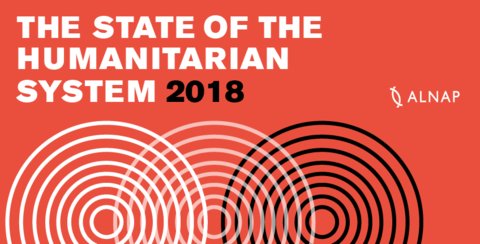 Video: Humanitarian Assistance in a Changing World on 04.04.19