Syria and the Neutrality Trap

By now it is only days until it might come to yet another showdown in the UN Security Council on humanitarian assistance in Syria: The cross-border mandate, based on UNSC Resolutions 2165 (2014), 2504 (2020) and 2533 (2020), that empowers UN agencies to provide humanitarian assistance in non-government controlled areas in Syria from neighbouring countries, will expire on 10 July. While the mandate has been continuously narrowed and thus is suffering from major limitations allowing today’s cross border assistance only via one crossing point from Turkey, the struggle about another renewal of this praxis could escalate a humanitarian dilemma which has been at the heart of this crisis from its very outset. A dilemma, the humanitarian and the international community urgently needs to learn from no matter of the outcome of this crucial, pending decision.

The upcoming showdown in the UN Security Council on the ways how humanitarian assistance can be provided in Syria sheds light on the much broader set of policy dilemmas of political and humanitarian actors in a highly complex conflict environment. Lessons from the Syrian war on the handling of humanitarian and other assistance need to be put into a wider perspective regarding the development – and creeping retrogression – of international law. By this blog, based on my recently published book „Syria and the Neutrality Trap: The Dilemmas of Delivering Humanitarian Aid Through Violent Regimes” I aim to carve out arguments for change of current international practices and to deliver possible recommendations and guidance for political and humanitarian decisions in similar hostile environments and conflicts to come.

The Syrian conflict has challenged the international community and international law in extraordinary ways. The scenario displayed a high complexity of actors and interests, extremely large regional and international repercussions of the conflict and proxy involvements, a mutual paralysis in the Security Council, tremendously high human displacement and civilian toll. This was accompanied by systematic torture, strategic starving and other massive violations of International Humanitarian Law and International Human Rights Law, a strong asymmetry of resources, weapons and political alliances in gradual favour of the Syrian government – a government that, at the same time, became responsible for the vast majority of civilian deaths and large destruction of medical and civilian infrastructure.

This complexity represented a nightmare not only for Syrian civilians but also for any attempt to mediate this conflict and conduct negotiations for a political solution. All this formed obstacles to a human-rights oriented approach in Syria and a principled humanitarian practice. The notion of an international responsibility to protect human life and human rights has faded. A large number of Syrian civilians paid the price. Their upheaval for human rights, dignity, better life perspectives, personal and political freedoms took place at the wrong point of time of global developments.

Also the humanitarian community has paid a heavy price. Many of their staff have been injured or killed, their medical infrastructure on the ground largely destroyed and very often their morale as well. In spite of these challenges crucial assistance has been provided year by year to millions of needy Syrians in government held areas and beyond by UN agencies in the light of a worsening economic and humanitarian crisis, which leaves today a record 60% of the population food insecure. At the same time this put humanitarians in a terrible dilemma, as especially decision-makers within UN agencies, have been exposed to extraordinary pressure by an unscrupulous regime and compromised not to risk the assistance provided. This has left dents in the world body’s credibility not only with Syrians but beyond. Despite the difficult circumstances and the dilemmatic decision-making environment, several humanitarians took decisions that were not comprehensible in the light of international humanitarian standards and, in particular, in light of their obligation to work according to principles of impartiality and neutrality.

The Syrian case has shown that politicization of humanitarian assistance took place less from the international donors’ side (which is also a frequent problem in humanitarian history) but that it was part of a constant struggle to rectify a discourse and practice instigated by a violent regime and its allies that have departed from existing norms and humanitarian practices. In other words, it was about shifting the goal post back to the centre after the regime had buried it somewhere far off in the corner.

The Syrian case has made obvious a double-deficiency of the current international system: Firstly, multilateral instruments were paralyzed and the political will was lacking to use effective ways that could have contained the conflict in a timely manner and tackled the humanitarian disaster as a political problem. Secondly, humanitarian actors were left alone with the symptoms and the policy dilemmas that work entailed under a regime that kills its people.

In a larger context, not only international law has been challenged in the Syrian conflict(s) and will likely be partially rewritten in the longer run but also so far “consensual” international practices based on a (selective) reading of this law. It is hard to imagine that business as usual will be acceptable to donors after the bitter lessons of humanitarian practice in Syria that dealt with the symptoms of a failed political approach to contain the conflict. The decline of the R2P idea goes hand in hand with the revival and mounting defence of hard state sovereignty, typically derived from a modern understanding of classical international law of Westphalian logic. Foreign interference of any kind, even with humanitarian motives and if only with low-scale cross-border activities as once again at stake in Syria, tends to be rejected more assertively than in the decades around the millennium. The notion of state sovereignty is drifting back into traditional concepts that are detached from state obligations vis-à-vis the population.

The Syrian case has also taught that a weakness of humanitarian negotiators, decision-makers and leaders in pushing back against suffocating restrictions of their work constitutes part of the problem on the operative side of the story. The crisis in Syria has brought international practice to its moral and political limits. It also challenged diplomats worldwide and their patterns of thinking and decision-making. For there was a government in place as a party of war and as the High Contracting Party at the same time that was responsible for some 90 percent of civilian deaths while government controlled areas received the big chunks of humanitarian assistance due to access limitations. The government rejected cross-line deliveries to non-government areas, tried to prevent cross-border activities, conditioned international humanitarian activity under state control, and used international contributions as an additional resource for its war economy. The scope of barred or diverted aid and the influx of international money had a stabilizing function for a regime that was struggling for survival by all means.

This kind of practice may be called integrative warfare. This is a strategy that systematically and unscrupulously takes advantage of all international resources available from different sectors, including the humanitarian one, in order to use or abuse them on the ground by channelling or absorbing humanitarian deliveries in its favour or profit from the international presence in other forms. Cross border deliveries, by contrast, are beyond the grasp of the central government and thus in this scheme a lost resource for the integrative warfare of a predatory state.

This approach also tends to dispel alternatives of delivering assistance other than through the incumbent government, since this is regarded an established international consensus (or “soft law” created by UN practice). Thus, according to this approach, it represents a “neutral position” not to question such consensus but to preserve it. Everything else would be regarded as a politicized approach that might derail international givens or even benefit or encourage non-state actors in conflict with a government

Concerning the deep humanitarian quagmire in which the UN found itself in Syria, some voices called for a complete withdrawal of the UN from Syria. Of course, this would have been one radical option to avoid the Neutrality Trap. But such a step comes with a high human and political cost. The legalistic camp would hold that it comes with a legal cost, too. Such a bold political move would also challenge both the firewall and the legal stability approaches. Another radical option would be to flatly admit that under such adverse conditions the delivered assistance is not (any longer) in compliance with humanitarian principles, or perhaps still by motivation but impossible in practice.

The situation in Syria represented the opposite to some other conflicts like in western Sudan’s Darfour province where the government simply blocked humanitarian assistance or expelled the implementers altogether. In Syria, a government existed that was indeed cynical towards international assistance but, at the same time, highly interested in receiving it through the classical channel since it had a well-oiled mechanism in place how to profit from it. Humanitarian assistance in Syria was turned into a business model by the regime and into a circular system of money-laundering. The regime also established a hybrid commercial-charity structure with the aim to benefit from international money paid to so-called charities back into regime controlled entities and to particular cronies of the Asad dynasty.

Throughout the years, criticism had intensified from media but also from advocacy groups, think tanks and donor countries that at least parts of the UN had become an accomplice of the regime’s practices, willingly or unwillingly. In any case, with regard to the scope and intensity of abuse that occurred in Syria, the push to reconsider current practices has become stronger. Business as usual would be the worst of all options. Six principle arguments in favour of change are:

The state-centred humanitarian approach has been born out of and is based on the original presumption that a government has a particular responsibility and broadly follows its IHL and IHRL obligations vis-à-vis its population.

If, however, the government is a party of the war that kills its own people at large scale, the majority of whom being unarmed civilians and non-combatants, and if the government abuses humanitarian assistance and even turns it into a weapon of war, the banner of impartiality and neutrality becomes a farce and the intention to uphold these principles faces a difficult dilemma or even a political trap.

In the worst case, humanitarian assistance itself becomes political. The well-intentioned position of neutrality and impartiality turns into the opposite of humanitarian. The decisions taken may prolong the war and suffering. During controversies of a muddy reality such a position may even end up mutating into a hollow dogma after losing its impartial and neutral innocence.

So no matter how the UN Security Council will decide next days on cross border assistance in Syria – the international community needs to learn from these lessons in Syria and beyond.

Carsten Wieland is a Syria expert and former Senior Advisor to three UN Envoys for Syria. He recently published a book entitled “Syria and the Neutrality Trap: The Dilemmas of Delivering Humanitarian Aid Through Violent Regimes“. 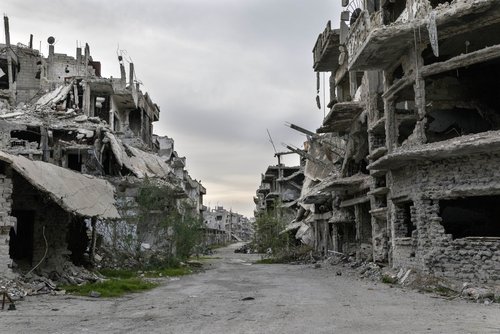 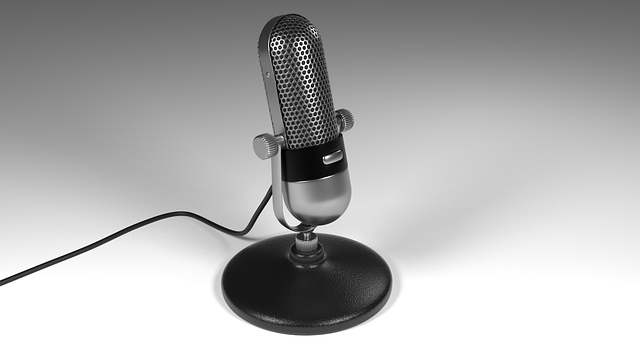 CHAtroom #2 - what next for Syria?