Abstract: With the end of Grand Bargain approaching, there is momentum to rethink how to move forward on one of its commitments: greater collaboration and coherence among the aid sector. The blog discusses perceptions of aid workers and affected populations on the Triple Nexus, the difficulty of easy solutions and proposes two ways forward out of the Nexus fatigue: local leadership and a call for small.

With the end of the Grand Bargain swiftly approaching, humanitarian thinkers have already began to ponder over what’s next with those policy commitments to reform humanitarian action made in Istanbul. While there are positive developments, especially on the use of cash and localisation as a principle (while operationalisation is a different story), many practitioners and policy-thinkers alike are puzzling how to move forward on the initiative of greater collaboration and coherence among humanitarian action, development cooperation and peacebuilding (aka Triple Nexus). There are few topics as controversially discussed across contexts as the Triple Nexus, with positions ranging from fundamental critique and distancing to welcoming the shift and embracing it in practice

Looking at two different surveys that collected aid workers’ and organisations’ views on the Triple Nexus, interesting dilemmas emerge that underline the complexity of the (meta-)policy and explain why the Nexus will continue to face hurdles.

A CHA survey [1] conducted among predominantly German NGOs and INGOs with a basis in Germany revealed that respondents’ perceptions are divided if the Triple Nexus is indeed an opportunity or a risk. Judging on the overall debate, a majority of 51% views the Triple Nexus debate positively as a ‘chance’ or ‘vision’, while only 11% perceive it negatively as a ‘threat’ or ‘overload’ and 34% are dismissing it as ‘the next buzzword’.

However, interestingly, when asked to evaluate the threat to the humanitarian principles of humanity, impartiality, neutrality and independence directly, more respondents were concerned: 46% regard it as ‘likely’ or ‘very likely’ that the Triple Nexus will pose a risk to the humanitarian principles. When divided by professional background, it becomes clear that the scepticism is more prevalent in humanitarian organisations: two-thirds of participating humanitarians were concerned about this risk being ‘likely’ as opposed to only one third of development professionals.

This scepticism may also be driven by the perception of two-thirds (66%) of the respondents, who think that it is ‘likely’ or ‘very likely’ that the Triple Nexus blends concepts of peacebuilding with those of security, counterterrorism and stabilisation. At the same time, despite a blurring of concepts being identified as likely, the same proportion of respondents (66%) indicated that engaging in Triple Nexus activities did not lead to a reassessment of civil-military cooperation guidelines within their organisation.

Also, in terms of organisational preparedness results are mixed. Survey findings indicate that half of the respondents (49%) wish their employer would expand its engagement in peace efforts in future programming. At the same time, the same percentage of respondents regard their employer as ill prepared to do so in several survey items. While overall perceptions on linking relief with development activities were quite positive (two-thirds think that their organisation is performing ‘well’ or ‘very well’), few respondents named concrete intraorganisational changes that expand expertise into the peace pillar. In fact, 54% of the respondents perceive the preparedness of their organisation to engage in a Triple Nexus as ‘poor’ or ‘not well at all’. On the same note, almost half of the respondents (48%) stated that their organisation made ‘no changes’ since the initiation of the Grand Bargain to enable a Triple Nexus approach.  In sum, a majority of surveyed practictioners considers the Triple Nexus as an opportunity that aid agencies should embrace in spite of related risks, while few consider their organisations as well prepared to do so, and know how on the in practice is still limited.

A common factor underlying those perceptions seems to be that many respondents perceive the Triple Nexus as a top-down approach or as Tarek Tawil put it “a lot of talk in meetings and conferences”. And indeed, a large majority of 70% of the survey participants identified the unclarity of what it means in practice as the number one challenge to implement a Triple Nexus approach. Spelling out the details of implementation in practice as well as robust reflection and learnings from different countries and contexts are only slowly emerging [2].

Similarly, a survey conducted by Ground Truth Solutions [3] mapping field perspectives on the Grand Bargain state that humanitarian staff perceive a lack of progress on humanitarian development Nexus. For example, the Bangladesh study on the Rohingha refugee response indicated that 52% of the surveyed humanitarian staff expressed doubts on effectiveness of cooperation between humanitarian and development actors in the area. Also in Lebanon, 57% of respondents saw room for improvement to work together effectively. Reasons named that hinder effective collaboration include highly competitive environments, politicised agendas and a crowded donor landscape.

But also positive trends can be noted: Analysis by Ground Truth Solutions states affirmative developments especially on multi-year frameworks and joint needs assessments which form a basis for enabling Triple Nexus programmes. This is good news because a frequently named barrier to effective linking is indeed inflexible funding.

Progress is difficult to measure precisely because the (meta-) policy virtually covers all aspects of international cooperation – from technical, administrative to programmatic changes as well as reorganisation required by almost every actor involved. While collecting evidence on what works and exploring limitations and opportunities in operational context are at an early stage, more sceptical voices are coming to the fore.

Tarek Tawil (2020) argues that the Syria crisis debunks the Nexus as a myth and warns that the concept is closer to a fairy tale in highly politicised conflict contexts than the actual implementation in operational context is proving it doable. But even when looking at less controversial or complex contexts than Syria, Ed Schenkenberg (2020) constitutes that discussions on the Nexus are unhelpful because they are divorced from reality. Yet, he also opines that the policy debates have become so dogmatic that they are overseeing opportunities of on the ground practices that are being tried and tested, perhaps without having a Nexus pilot emblem attached to them.

Yet, this is precisely the stumbling block of the Triple Nexus. The quest for easy solutions, one-size-fits-all approaches and widely applicable lessons learnt is torpedoed by the complexity and comprehensiveness of the approach, which does not allow for easy derivation from pilots to be applied elsewhere. And it is this quest of a reform-ridden sector which stands in the way of nuanced analysis.

A way out of that dilemma, to me, is a recollection of the main aim of the Triple Nexus. Is it to increase efficiency in times of overstretched aid budgets? Or is the aim to improve the aid system from the viewpoint of the affected populations living in complex and protracted crises towards a more customer-driven approach? A hint: the Ground Truth Solutions survey on the field perspectives of the Grand Bargain concludes: “The humanitarian system is still driven by international organisations’ mandates and programme, rather than by affected people at the centre of the response”.

A frequent wisdom quoted when talking about the Triple Nexus is that the closer to the actual implementation level, the more artificial those siloes and mandates are. That the needs of affected people do not neatly fall into categories of the aid sector was a recognition and that their opinion and dignity should matter more a promise of the Grand Bargain. Hence, Nexus in practice will also depend on the success of the participation revolution and on an uptake in locally-led humanitarian action. Without those closer to the implementation level in the driver’s seat, the Nexus will remain abstract and bloodless.

Research by Wilkinson and colleagues (2019) on local faith-based actors in South Sudan articulates this evidently. They conclude that almost 70% of the interviewed local organisations were active in multi-sectoral, integrated programs often involving humanitarian, development and peace activities. The research highlighted that their positioning due to the understanding of the local context, their proximity to local communities and the sustainability of their operations is particularly beneficial to Nexus approaches.

But it is not only their sustainability that is eroded by the existing siloes of the aid system. Instead, the pressure to so-called “professionalise” has forced them to fit their work into the siloes, leading to sectoral and non-integrated projects, whose division they regard as artificial. To reverse this trend, greater involvement of local actors in decision-making process is necessary. Local actors advocate for more leadership at every stage of the project cycle but particularly when it comes to context analysis and community participation.

How this could be achieved and what would be necessary at every step of the project cycle to has been mapped out in a guide put together by Kittaneh and Stork (2018) of CARE called ‘Doing Nexus Different’. They have identified key aspects that need to be considered by implementing organisations when designing localised, locally-owned, bottom-up and impact Nexus approaches. Among more concrete steps, the authors suggest taking the following three aspects as underlying principles:

1. localisation: empowering and utilising local actors and structures through bottom- up approaches,

2. local ownership and participation: seek input at all steps of the project cycle to include the voices of all partners and impact groups,

3. politically smart: actions should be taken with recognition of local power dynamics and the goal of reducing social tensions (Kittaneh und Stolk 2018).

This would naturally result in a plurality of approaches that are rooted in local empowerment, local ownership and participation. To determine the feasibility of Nexus approaches based on context and setting should, however, be guided by global criteria. These could include, as mapped out in a recent CHA paper, perceptions regarding risk of politicisation of the Nexus, availability of flexible, uncontroversial funding or capable coordination forums or consortia – and most of all a local request for a Nexus approach.

A certain Nexus fatigue can be stipulated due to overload and difficulty of measuring progress and success. A dilemma which is also attributed to quality of available data. The few quantifiable data available, some cited in this text, stem mostly from perception surveys which are quite susceptible to recent experiences and personal opinions of the respondents. This makes it difficult to assess positive change which may happen gradually without us noticing.

Instead, this blog calls for two ways out of the Triple Nexus fatigue. Firstly, Nexus success is also linked to success in power shift and locally-led humanitarian action. It calls for further joined up thinking of local leadership and Triple Nexus approaches. Secondly, it is a call for small. If we think the Triple Nexus like a global (meta-)policy, it risks becoming a ticking-the-box exercise. If we allow for more contextual linking-thinking and nuanced analysis filled by realities and lives of affected populations, the approach, instead of becoming a phrase, is filled with meaning.

Sonja Hövelmann is a Research Fellow at the Centre for Humanitarian Action (CHA). She researches the Shrinking Humanitarian Space, Humanitarian-Development-Peace Nexus, as well as German humanitarian policy.

[1] Survey results are based on 101 answers from predominantly civil humanitarian and development actors. As the sample number did not allow for regression or correlation analysis, it must be noted that quantitative findings are only indicative of respondents’ views and opinions and do now allow for a generalisation. More information on further results and methodology.

[2] See for example country studies on South Sudan Quack and Südhoff 2020; Pakistan Hövelmann 2020, Mali Tronc et al. 2019 or an assessment of the New Way of Working among UN actors Zamore 2019.

[3] To learn more about the methodology and further results, please consult Lives in Crises (OECD 2019). 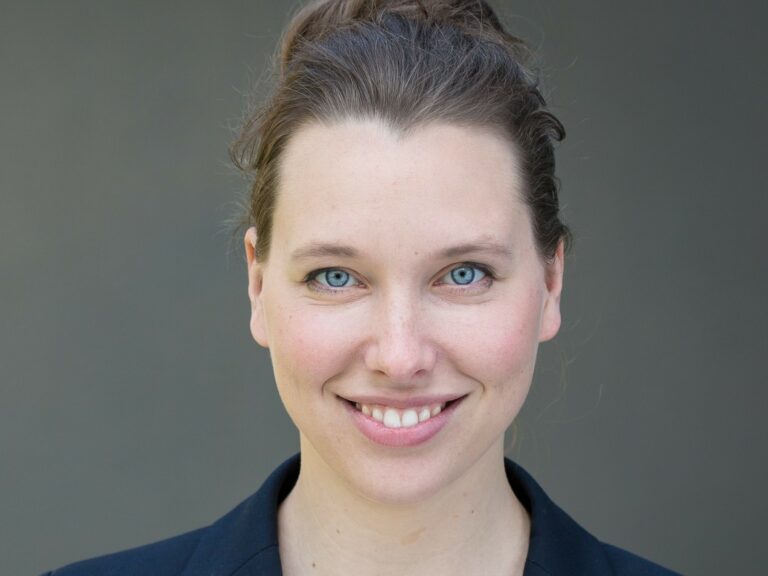 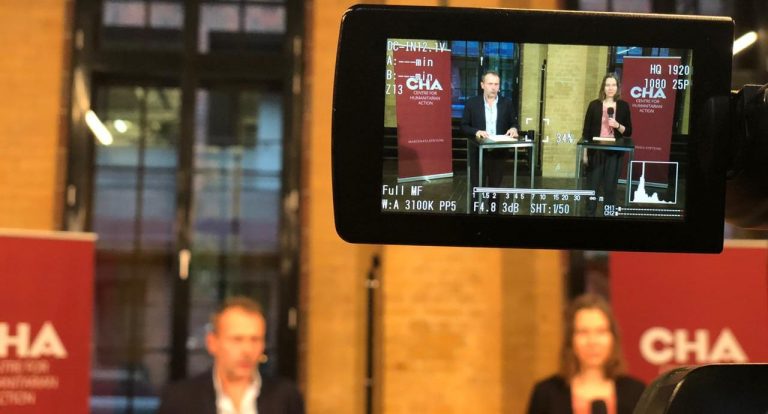