The humanitarian-development-peace nexus or Triple Nexus is a policy concept that envisions stronger collaboration and coordination among actors from the fields of development cooperation, humanitarian action and peacebuilding. Although this concept is not new, it in fact stems from a history of similar approaches, it is currently gaining a lot of momentum. This paper looks to contextualise the Triple Nexus within previous related debates and to trace emergent practices.  It will also consider the challenges the approach faces, as well as its potential downsides.

Discussions around better connecting immediate relief with long-term development activities as well as peace are far from new. Since the 1980s discussions on how to overcome output-oriented aid operations in silos with limited coordination used terminology such as Linking Relief, Rehabilitation and Development (LRRD), coherence or resilience. While in the early 1990s the focus was on improving the transition between humanitarian action and development cooperation, the debate shifted in the late 1990s, and included linking assistance more closely with state and peacebuilding objectives in fragile states. This was known as ‘early recovery’ or ‘whole-of-government’ approach (Mosel and Levine 2014; Macrae 2019).

These different iterations have so far failed to facilitate a continuous and reliable transition between humanitarian and development work. Key challenges as to why the gap continues to exist include a bifurcated aid structure, separated donor funding, and profoundly different modus operandi and mandates (Macrae and Harmer 2004; Kocks et al. 2018). At the same time, due to progressively worsening conflicts and humanitarian crises, the pressure to achieve better outcomes by working in a more integrated, effective and efficient way is high. Humanitarian needs are continuously growing with an estimated 168 million people in need in 2020. Financing requirements to meet these needs have doubled since 2010.

Recurrent and frequent weather-related disasters as well as the fact that 80% of humanitarian action is targeted at protracted conflicts, highlight the challenge of dealing simultaneously with development objectives and recurrent humanitarian emergencies whilst having to deal with instability or insecurity. An average displacement time of 26 years, as well as exacerbating factors such as extreme poverty or climate change pose additional challenges to an already overburdened response system (UNHCR 2017). Hence, new approaches and concepts to link peace, development and humanitarian work on a programmatic level emerged. Among them is the concept of ‘Crisis Modifier’. This seeks to integrate possible shocks or crises into development programmes including change of budgets, flexible approaches or diverse staffing skill capacities (Peters and Pichon 2017). Cash programming also contributes to an integrated assistance methodology by linking relief cash support to reconstruction, training, asset creation or livelihood activities.

Because the fundamental challenges remain, a renewed call for coherence has been issued in the form of the Triple Nexus. Specifically, it seeks to address that, unlike the current approach within the aid sector, needs are not sequential or compartmentalized, especially not in states affected by protracted conflict. The Triple Nexus approach also seeks to improve efficiency and effectiveness.

The international community has recognized the need for an interlinked, systemic approach to overburdened aid systems. Several frameworks envision a response to humanitarian needs while addressing deep-rooted development challenges and mitigating impacts of armed conflict in times of stagnating financial resources (Caparini and Reagan 2019). Among them are two overarching policy frameworks: the 2030 Transformative Agenda – or Sustainable Development Goals (SDGs) –  which seeks to address root causes of conflict and more closely interlink the UN pillars of peace and security, human rights and development; and the Agenda for Humanity with its New Way of Working (United Nations 2016). Initiated as a UN reform process to the humanitarian system in 2016, the New Way of Working fosters working towards collective outcomes. This is based on joint action in areas such as data collection, joint assessments, planning processes and reforming financing modalities (Zamore 2019). Implementation and operationalisation are overseen by the Joint Steering Committee (JSC), a coordination body tasked primarily with fostering closer collaboration among UN agencies. This, as well as the decision to strengthen the UN Resident Coordinator position, has created a perception that the Triple Nexus is a UN-driven process. which has left little space for open dialogue and input from a more diverse set of stakeholders

However, many humanitarian actors, including donors and (I)NGOs agreed under the scope of the Grand Bargain to collaborate more closely across a Triple Nexus. The 2019 annual independent report measuring progress noted increased activities among Grand Bargain signatories with regard to the Triple Nexus but these appear disparate and disconnected (Metcalfe-Hough, Fenton, and Poole 2019).

Donor policies are undoubtedly a decisive factor in reshaping aid approaches. Research on changes within the funding architecture are slowly emerging (on specific donors: SIDA or DFID or on countries Ukraine, Cameroon, Central African Republic, Chad or DRC).

Nevertheless, despite mostly positive support from donors there is little actual change towards a long-term transformative funding. Nor are there creative incentives to enable innovation across the Triple Nexus (Poole and Culbert 2019).

While the policy debate around the Triple Nexus has largely been spear-headed by the UN and donors, NGOs are increasingly under pressure to position themselves, although implementation and operationalisation continues to be far from clear (Poole and Culbert 2019). Overall, three different positions can be derived from policy documents:

Translation on an operational or programmatic level is still at an early stage, though pilots are being rolled out and some organisations are more proactively taking a lead than others. For example, Oxfam (2019) recently published a policy paper outlining critical questions for multi-mandated organisation including project and programme examples. Christian Aid (2019) commissioned research on how to mainstream conflict sensitivity. Similarly, a recent publication by VOICE (2019) lists projects examples of how NGOs are operationalising the Triple Nexus. Judging from programme descriptions and early Triple Nexus studies, and despite being three years into the Grand Bargain, attention remains focused on intra-organisational as opposed to inter-organisational changes that allow for innovation across siloes.

Local perceptions of the Triple Nexus also vary considerably. For example, local faith-based organisations in South Sudan appreciated the re-integration of all three fields of work, whose previous separation they regarded as artificial and enforced through external actors (de Wolf and Wilkinson 2019; Agensky 2019). In other contexts – for example in Mali – local humanitarian actors were much more careful to integrate development, peacebuilding and humanitarian action to distance themselves from other actors’ political agendas (Tronc, Grace, and Nahikian 2019; Milasiute 2019).

While there is considerable good practice and learning on the Dual Nexus (e.g. Kittaneh and Stolk 2018; Howe 2019; Thomas 2019), the third component – peace – remains more unclear, especially to many tasked with implementation. There exists neither a common definition what peace means in this context nor what the added value looks like in detail. Additionally, there is a blurring of concepts between peacebuilding, security and stabilisation. While many civil society actors understand peace as a community-level reconciliation or cohesion process, states or donors may take a broader interpretation including security, counter-terrorism and stabilisation. In this regard the EU Trust Fund for Africa (EUTF) is seen as an instrument which allows for more flexible funding while more or less overtly catering to EU’s security and anti-migration interests (Barana 2017).

We have observed in publications and conversations with aid organisations that there are several emerging interpretations as to how to operationalise the Triple Nexus, namely:

The different interpretations suggest a range of approaches from refocussing on ‘Do No Harm’, conflict sensitivity and more substantial risk and conflict analyses to a more active engagement in peacebuilding and conflict transformation. Similarly, operationalising the third component of the Triple Nexus range from a broad definition of peace, including social cohesion, education and economic opportunities to narrow definitions of peace such as conflict transformation. While early practice is emerging, it remains unclear if Triple Nexus programming is indeed substantially engaging in peacebuilding and whether they are different to the previous practices of multi-mandated or rights-based organisations.

Many organisations have been rather cautious about engaging with the Triple Nexus agenda. They are concerned that it might increase the instrumentalization of humanitarian action and contribute to a further shrinking of humanitarian space because – for example – it can attribute to state actors having a much more central role in projects and programmes. Some critical remarks regarding the Triple Nexus include the following:

Whilst some actors are taking a lead in a proactive and pragmatic way many issues remain unclear. Do actors necessarily need to work under a common framework to collaborate effectively? How can actors work together without compromising humanitarian space and principles? Does Triple Nexus mean turning into triple mandated organisations?

There is currently limited practical training on the Triple Nexus. Actors can benefit only to a limited extent from operational experiences of others. Research and analysis are slowly picking up, but these very often focus on Dual Nexus contexts. At the same time, with the increased mixing of funds and budget lines, which blend security, conflict prevention, stabilisation and peacebuilding activities, the question remains if the third leg of the triangle is indeed meant to foster peace or rather follow security and migration policies.

Overall, the scope and purpose of the Triple Nexus is far from clear while there is “limited appetite at the  country  level  for  new  layers  of  process  and planning” (Poole and Culbert 2019). The Triple Nexus envisions collaboration based on comparative advantages amidst complexity. Whether it can learn from failures of previous approaches – naïveté of first generation and more overtly integrating humanitarian action into political objectives of the second generation of linking approaches – while at the same time enlarging the tableau to also deliver on peace, remains to be seen.

Barana, Luca. 2017. “The EU Trust Fund for Africa and the Perils of a Securitized Migration Policy,” 5.

Macrae, Joanna. 2019. “Linking Thinking: Why Is It so Hard and What Can We Do about It.” London: KUNO. https://www.kuno-platform.nl/wp-content/uploads/2019/06/Linking-Thinking-KUNO_Macrae.pdf.

Macrae, Joanna, and Adele Harmer. 2004. “Beyond the Continuum: An Overview of the Changing Role of Aid Policy in Protracted Crises.” Research Briefing. London: HPG. https://www.odi.org/sites/odi.org.uk/files/odi-assets/publications-opinion-files/341.pdf.

Pedersen, Jens. 2016. “The Nexus of Peacebuilding, Development and Humanitarianism in Conflict Affected Contexts: A Respect for Boundaries.” Geneva: MSF.

Save the Children. 2018. “Saving Lives through a Parallel ‘Response, Recovery and Resilience’ Approach for Drought-Affected Children and Their Families in Somalia in 2018.” 2018. https://somalia.savethechildren.net/news/saving-lives-through-parallel-%E2%80%98response-recovery-and-resilience%E2%80%99-approach-drought-affected.

Zamore, Leah. 2019. “The Triple Nexus in Practice: Toward a New Way of Working in Protracted and Repeated Crises.” New York: Center on International Cooperation. https://cic.nyu.edu/publications/the-triple-nexus-in-practice. 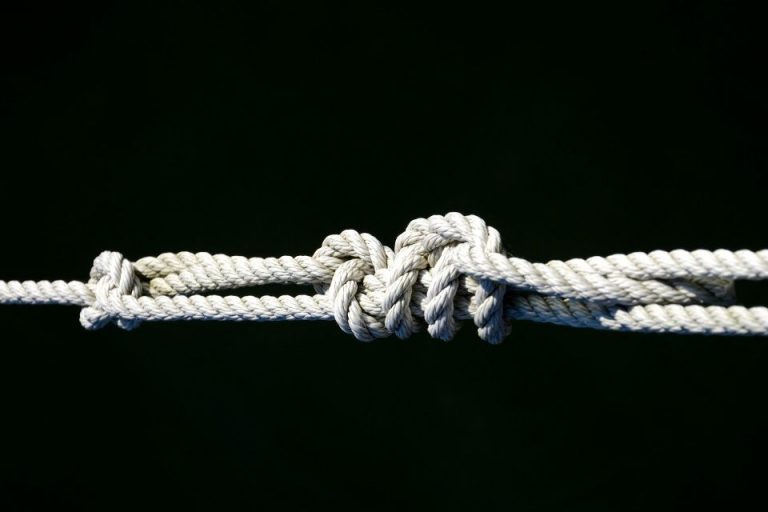 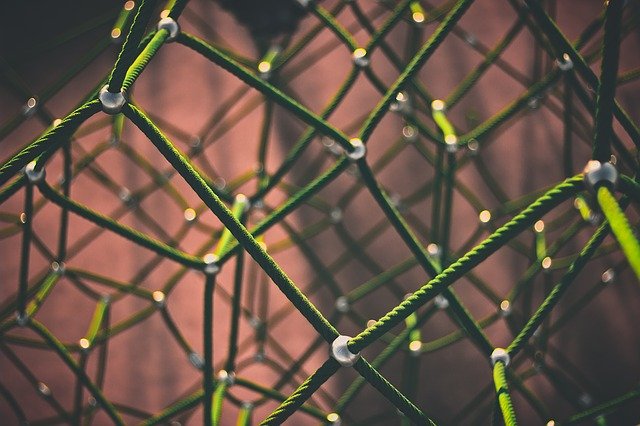