Gender equality and the Grand Bargain: Whose efficiency and effectiveness?

May 2021 marks the fifth anniversary of the launch of the Grand Bargain – an agreement between some of the largest donors and humanitarian organisations. Through advancements in nine (formerly ten) areas, or workstreams, this agreement aims at “improv[ing] the effectiveness and efficiency of the humanitarian action” as well as “get[ting] more means into the hands of people in need”.

Persisting and new challenges such as protracted crises and underfinancing of humanitarian operations signal the need for enhancing the humanitarian system. Reflected in the Grand Bargain workstreams, the areas for improvement include greater transparency and reduced bureaucracy, more support for local actors and their participation in decision-making processes, multi-year and flexible financing, as well as an increased use of cash-based programming. The former workstream no 10, greater engagement between humanitarian and development actors, is now closed and is to be mainstreamed within the other workstreams.

What about gender mainstreaming? Largely invisible when the Grand Bargain was launched, gender considerations have become more prominent in recent years. Although gender mainstreaming is not itself a workstream, in their yearly self-reports signatories are asked to highlight how they “contributed to the advancement of gender equality and women’s empowerment in humanitarian settings through [the] implementation of the Grand Bargain” and to discuss the specific results or outcomes achieved in this regard.

Advancement of “gender equality and women’s empowerment” are ambitious aims in a framework which has nine issue areas, none of which is specifically dedicated to gender. Based on the above-mentioned question, it seems that the assumption is the following: the very implementation of the Grand Bargain should contribute to the advancement of gender equality and women’s empowerment in humanitarian settings. By contrast, according to the Informal Friends of Gender group for the Grand Bargain, gender mainstreaming is a “prerequisite for success across the workstreams”, i.e., success of the Grand Bargain.

While at a first glance this might seem like a “chicken or egg” kind of question, it is important to highlight that an integral part of this confusion is the false assumption that effective gender mainstreaming in humanitarian action equals effective humanitarian action or vice versa. In her research on women’s participation in refugee camps, Elisabeth Olivius found that women’s participation had become an instrument for optimising the efficiency andeffectiveness of humanitarian operations as opposed to being a tool for the promotion of gender equality. According to Olivius, “the participation of women is not primarily represented as an issue of equality, justice, or power; rather, it is discussed in terms of the contribution it can make towards the achievement of humanitarian goals such as public health or food security”.

Why is this problematic? While some might argue that gender equality is not and has never been a goal of humanitarianism, programmes that treat women as resources can reinforce existing gender inequalities because they essentialise women and thus do harm. Being perceived as more reliable or trustworthy, women are often simply given additional responsibilities by international actors, while the unequal gender norms remain unchallenged. To make matters worse, this instrumentalisation of women occurs in a humanitarian system dominated by racist and neo-colonial beliefs, making any substantial change regarding power relations extremely hard to achieve.

A common practice of reinforcing traditional women’s roles and presenting it as participation of women is to make women responsible for hygiene promotion and for collecting food rations for the benefit of the whole community or household. While essentialising women by assigning them the caretaker’s role is already harmful, women who collect food assistance might also be at greater risk of gender-based violence on their way to and from distribution points, as well as at home. Additionally, as they collect food, women are at risk of sexual abuse and exploitation by the staff of international organisations.

Gender-related risks within the Grand Bargain

If the Grand Bargain is to actually contribute to more gender equality and empower women, as the question for self-reporting implies, the risk of instrumentalising – or neglecting – gender mainstreaming for the achievement of other goals should be highlighted.

Failing to incorporate gender considerations leads to local women-led organisations not benefitting from flexible financing in the same way that larger male-dominated NGOs do. The intent of localisation and flexible financing workstreams might technically be fulfilled; however, at the expense of deepening the gender hierarchies. Regarding the “participation revolution” workstream, as Olivius’ research shows, making women participate in humanitarian operations without reflecting how their participation affects gender relations can simultaneously make the operations more effective/efficient and reproduce gender inequalities.

The Grand Bargain signatories should therefore be very aware of the distinction between the effectiveness and efficiency of humanitarian operations and the effectiveness and efficiency of gender mainstreaming. If the signatories really care about contributing to the advancement of gender equality, they should target local women’s organisations – while taking into consideration the specific constraints that these organisations face – as well as provide reliable data on that. Ultimately, humanitarians must pay attention not only to whether women are included into humanitarian operations, but also to how women are included, and what the possible consequences of their inclusion are. 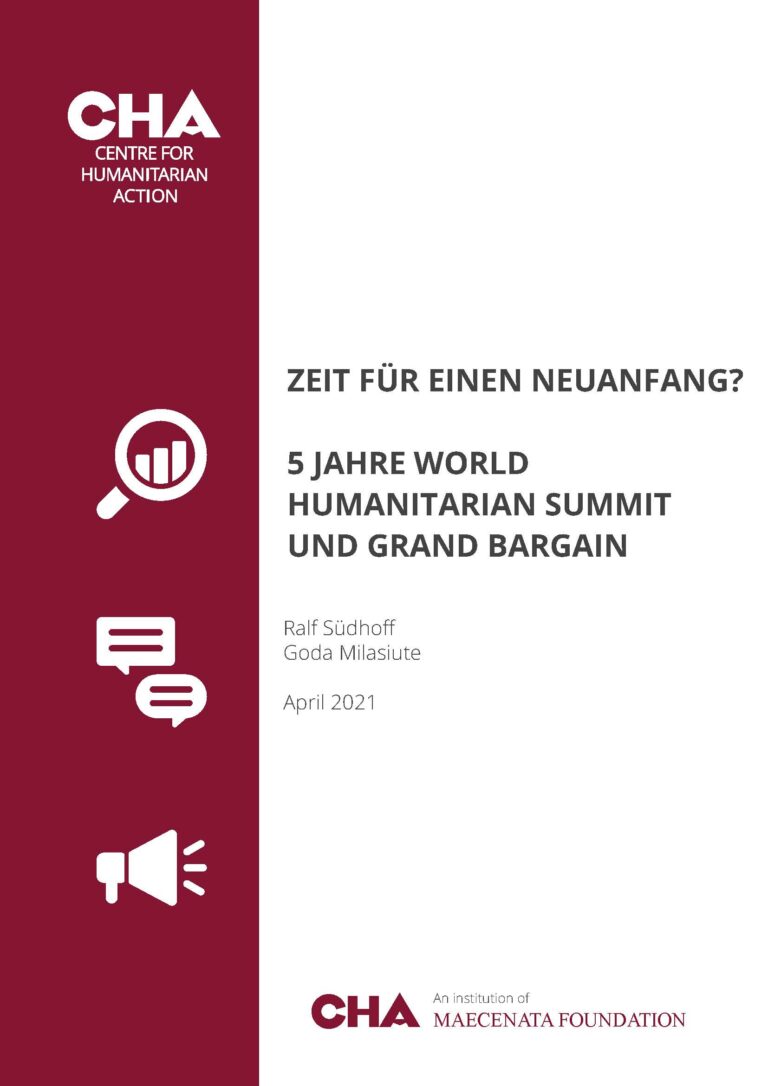 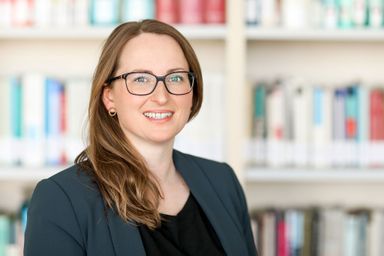